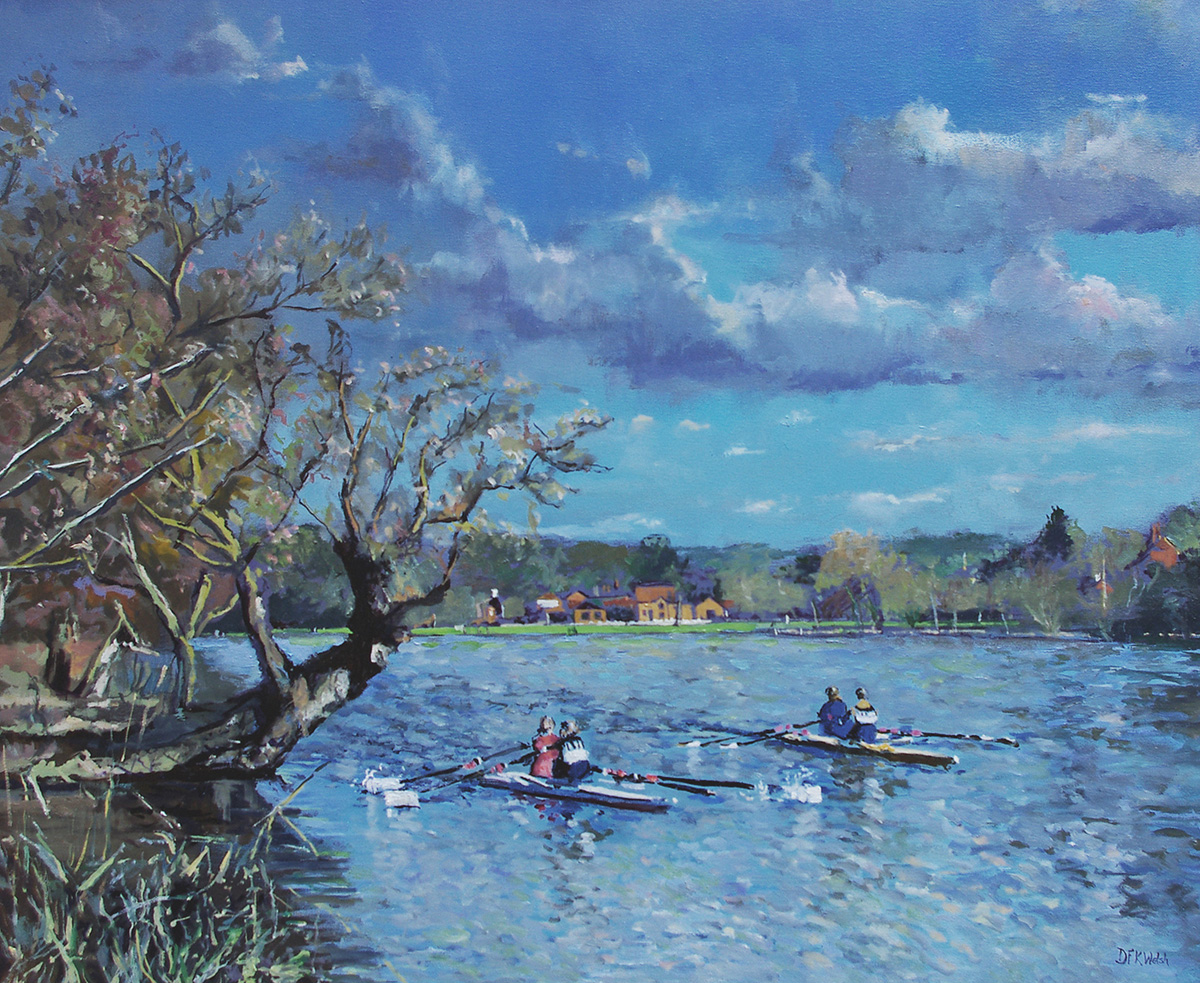 David Welsh lives in Henley-on-Thames, so the majority of his landscapes are in Oxfordshire, Berkshire and Buckinghamshire, especially the Thames, but he also paints frequently in Norfolk and Suffolk, as well as other locations in England.

The sea, rivers and beaches are favourite subjects. Figures enjoying the sunshine or walking on the sand on cloudy autumn days are recurrent themes. In particular, reflections in water, and interesting skies feature very often in these paintings.