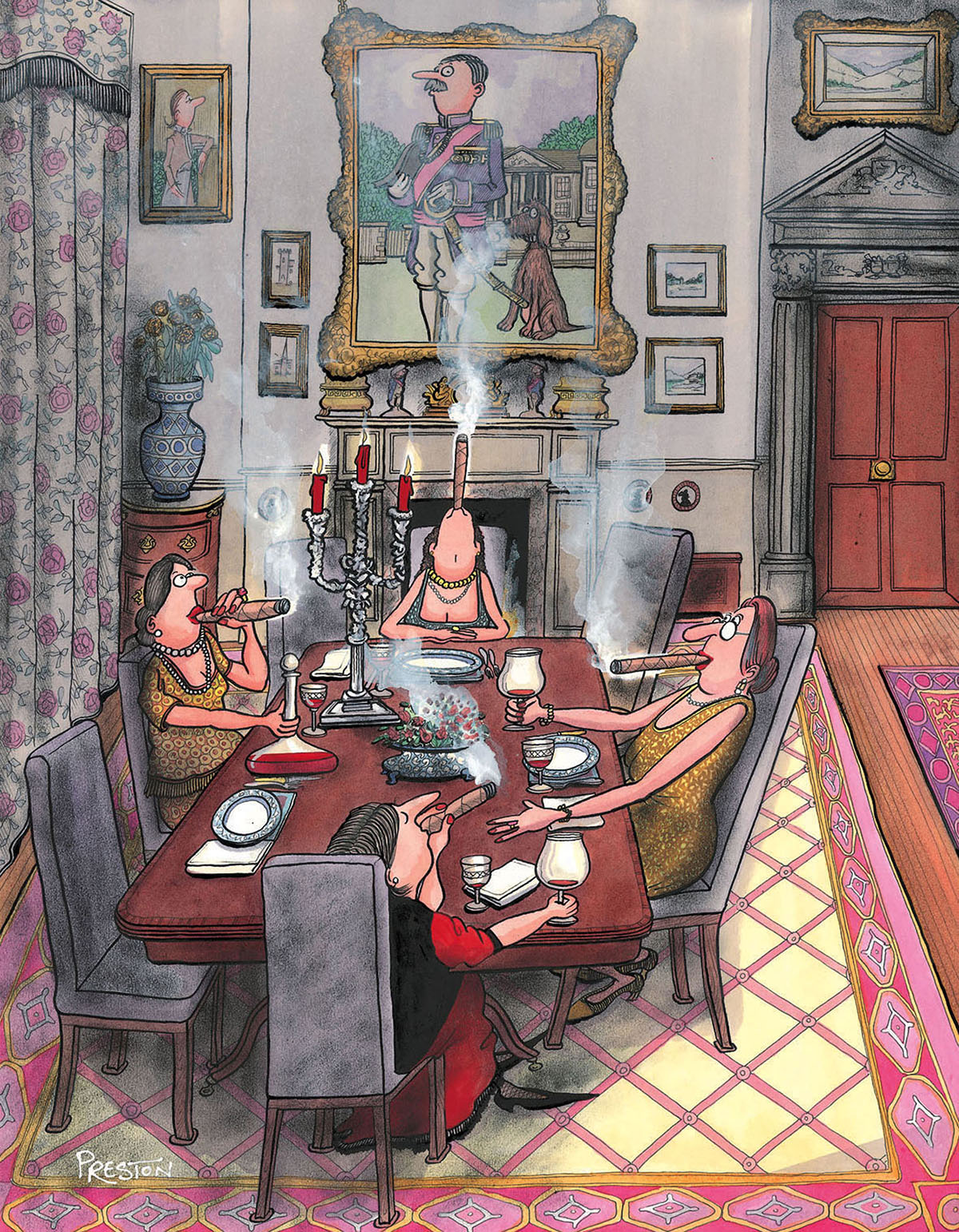 Oliver grew up in London and the Cotswolds and from an early age developed a love of cartoons and caricature through the books of H M Bateman, Thelwell, Tintin and Charles Addams. As a child and at school Oliver drew extensively. He is completely self taught. After Eton College, where he won the Gunther Graphics Prize for Art, Oliver attended Exeter University, and then spent ten years working in the City of London, latterly as a director of bond sales at Lehman Brothers.

However he saw the light in 1995 and left the City to become a full-time cartoonist and illustrator. His early cartoons were published in Punch Magazine, The Beano, The Dandy and The Spectator, and from 1995 to 2019, Oliver was the regular cartoonist for The Field Magazine. From 2019-2021 Oliver has drawn weekly cartoons for Country Life magazine

His cartoons have also appeared in Cotswold Life, The Polo Magazine and Paris Match amongst others, and he has contributed to The Times, The Guardian, The Daily Mail and The Independent newspapers.

With a keen eye for social observation, his cartoons are beautifully drawn with a very individual style. The situations are very close to people’s everyday lives, and there is often a splattering of languid lovelies, dilettantes and doting dogs. Oliver has developed a wide following, especially for his shooting and skiing cartoons, and drawings that depict the quirkiness of British town and country life.

He has also produced twenty books of his cartoons,  which can also be purchased as limited edition prints, and as greeting cards.

Oliver works from his studio near Tetbury in Gloucestershire in 1998, where he lives on a farm with his wife Vivien, two children and two labradors.